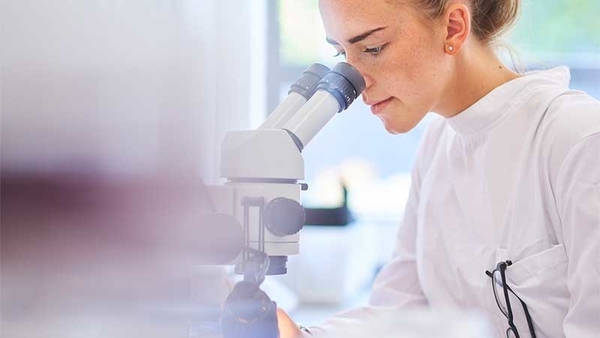 The importance of knowing your PSA levels

Thirty-five years following the discovery of prostate specific antigen or PSA (a molecule in the blood) we now have scientific evidence of the highest quality (a randomized controlled trial) that screening men for prostate cancer using PSA saves lives.

PSA has come in for a lot of criticism, as it is not completely sensitive or specific for detecting prostate cancer. It is elevated by a number of non-cancerous conditions (increased age, increased size of prostate, urinary infection, urinary obstruction, prostate trauma and ejaculation) as well as being normal in a fifth of men with prostate cancer. However, urologists know this and never diagnose prostate cancer on the basis of a raised PSA level alone. We use it to identify men in whom we should take a greater interest to investigate the possibility of prostate cancer. Over the past decades there has been considerable uncertainty about the value of screening for prostate cancer but the following points constitute real game-changers in this debate and should prompt all middle-aged men to get their PSA checked.

The European Randomised study of Screening for Prostate Cancer (ERSPC)
This trial recruited 182,000 men and randomised (allocated to either group randomly) them to be screened for prostate cancer or not. Screened men had PSA tests every 2-4 years and a prostate biopsy (sampling prostate tissue using a thin, hollow needle) if their PSA exceeded 3 ng/ml. In these patients, who have now been followed up for an average of 11 years, there was a 29% lower death rate due to prostate cancer than in non-screened patients. However, in the 20,000 Swedish patients in this study who had an average follow-up of 14 years, the reduction in the prostate cancer specific death rate was 42% with a 42% reduction of rate of metastasis (distant spread). The number of patients necessary to treat (NNT) to save one life from prostate cancer in this group was 12, which compares very favorably to the NNT for cancers that we already screen for: breast cancer (18); bowel cancer (29) and cervical cancer (10).

The Prostate Lung Colorectal & Ovarian cancer screening (PLCO) study has been discredited. This smaller American study, whose results are routinely used to counter the evidence from the ERSPC, found 17% more cancers in screened men but no survival advantage. However, the study has since been discredited and it was heavily contaminated (44% of men in it had already had their PSA checked, so many prostate cancers had already been removed from this population) and there was poor adherence to randomised groups: 15% of men allocated to have their PSA checked didn't attend for the test, 52% of men allocated to no PSA testing continued to have their PSA checked and only 31% of patients with a PSA over 4 ng/ml had a prostate biopsy.

Active surveillance (AS) is now the default option for men with low-risk prostate cancer.

Evidence from several studies on both sides of the Atlantic now confirm that low-risk prostate cancers (PSA less than 10 ng/ml, Gleason grade of 6 and cancer limited to only one side of the prostate) usually grow slowly and are safe to monitor, only intervening if surveillance tests show progression of the cancer. For instance, a study of 450 men with low-risk prostate cancer on AS that .was published in 2010 showed that the men in the study were almost 19x more likely to die of a cause unrelated to prostate cancer, which was the cause of death of only 2.8% of men seven years after starting AS.

Prostate biopsy is no longer the first investigation for men with a raised PSA in many units. Many urologists will now arrange a special type (multiparametric) type of MRI (magnetic resonance imaging) scan as the first investigation of a man with a raised PSA. This allows men with a normal scan to be monitored, if other tests concur that this is a sensible plan, knowing that MRI scanning will detect most prostate cancers. Men with an abnormal scan can have the abnormality specifically targeted, increasing the accuracy of prostate biopsy.

Prostate biopsy has been improved
The traditional method of biopsying the prostate through the rectum (back passage) has given way to targeted (using information from the MRI scan that preceded it) transperineal (the area of skin behind the scrotum and in front of the anus) template (using a grid to increase the accuracy of the biopsy needle placement) biopsy under a general anaesthetic, usually as a day case, in many forward-thinking Urology units.

A PSA level before the age of 50 accurately predicts the future risk of prostate cancer. Several studies have shown that a baseline PSA test before the age of 50 is a stronger predictor of prostate cancer risk than race (prostate cancer is much commoner in Afro-Caribbean and less common in Asian men) or family history. This information could be used to guide the frequency of future PSA testing: 'adaptive' screening. For instance, a man aged 45 with a PSA level of less than 1 ng/ml would be advised that his next PSA test should be done in 8 years' time, whereas a similar man with a PSA of 1.5 ng/ml would be advised to have it re-checked in a year.